Purchase the original music on Bandcamp!

Israeli-American Blues singer with a minor in Jazz and Soul, Mikey's powerful and soulful vocals are inspired by the great Jazz and Blues divas and deliver a double-dose of musicality and emotion that radiate on and off the stage.

Mikey grew up on the stage, singing, acting, and dancing since her school years and well into her twenties. In 2012 she joined the global Swing and Blues dance communities, dancing throughout Europe and absorbing the best Swing and Blues bands from the dance floor.

Since then, the project released several more albums, increasingly featuring Mikey's original compositions alongside tributes to classic songs. Her music can be heard on dance floors all around the world, as well as various internet and broadcast radio stations.

When she is not performing with The Organ Grinders, Mikey sings regularly with the Ray Charles Tribute Orchestra led by Jakub Zomer and with the traditional Jazz band AppenDixie led by Petr Seghman. 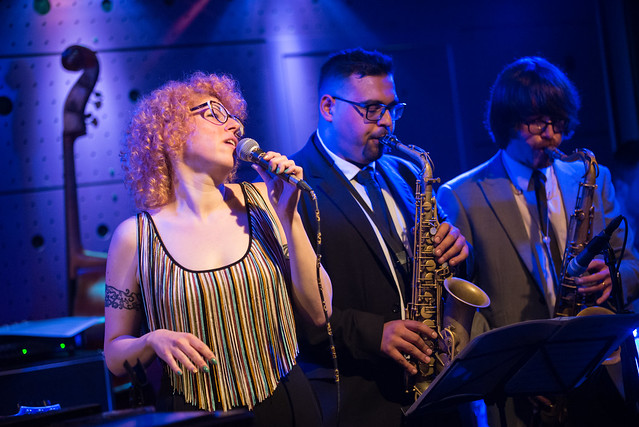 There are plenty of ways to support independent working musicians! Even when you can't attend concerts, you can buy our music online, follow us on social media, and share your favorite tunes with your friends.

Since most digital music platforms deduct a fee (i.e Bandcamp) or pay very little for streaming (i.e. Spotify), the best way to make sure the musicians get the maximum amount from your contributions, you can contribute directly with PayPal by clicking this handy button (opens in a new tab):


You can log in to your PayPal account, or simply use your credit card if you don't want to create a PayPal account. All transactions are secured by PayPal, similar to any other online shopping you might do with PayPal.

For booking and other inquiries:
music@missmikeymay.com